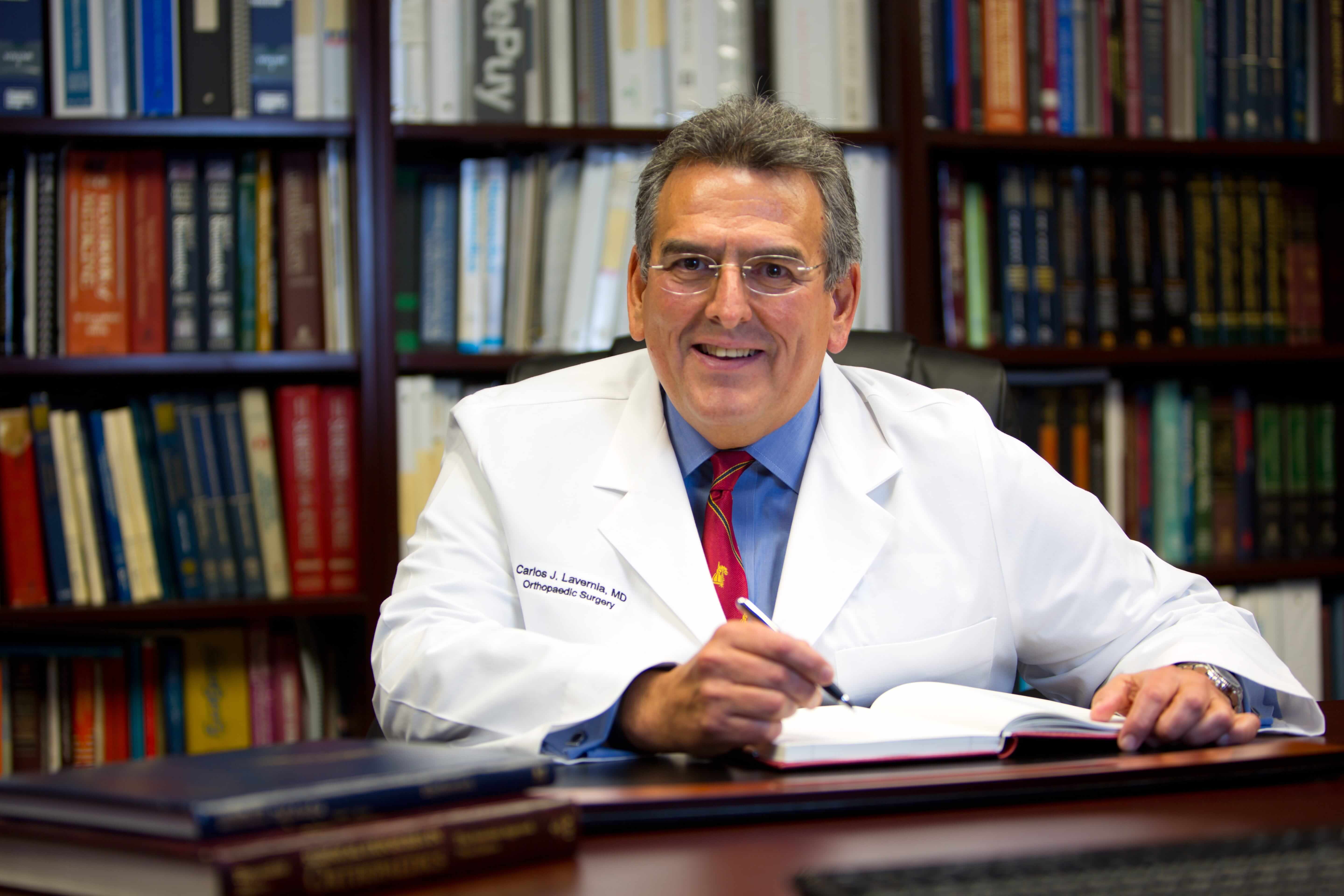 Dr. Lavernia graduated from Tulane University in New Orleans with a BS in Mathematics and an MS in Biomedical Engineering. He received his medical degree from the University of Puerto Rico Medical School. He also completed a General Surgery Internship, a Surgeon Scientist NHI Fellowship and an Orthopedic Surgery Residency at the University of California San Diego. Subsequently, Dr. Lavernia completed a Lower Extremity Reconstruction Fellowship at Johns Hopkins School of Medicine. He is certified by the American Board of Orthopedic Surgery.

Throughout his distinguished career, Dr. Lavernia has developed hip and knee implants and has conducted countless studies in the field of orthopedics. His implant designs have been implanted in over one million patients. He has written and published over 300 abstracts and peer-reviewed articles as well as many book chapters in medical and engineering textbooks. His publications include many topics from corrosion in hip implants to the economics of arthroplasty. His work has been published in prestigious journals, including Clinical Orthopaedics and Related Research, The Journal of Arthroplasty, Journal of Bone & Joint Surgery, and International Orthopaedics.

In 2011, his peers elected Dr. Lavernia to the presidency of the American Association of Hip and Knee Surgery. This society is the largest society of arthroplasty surgeons in the world with over 2,000 members. He was also elected as president of the Florida Orthopaedic Society in 2015. This organization represents about 1,500 orthopedic surgeons in the State of Florida. As a representative for these organizations, he met with national and state leaders, as well as policy makers, to discuss different factors that affect patient care. Through his work,  Dr. Lavernia was able to impact legislation that ultimately improved patient care.

In his research endeavors, Dr. Lavernia has obtained several patents and has contributed ideas to many inventions that have changed the way orthopedic surgery is done around the globe. He helped design a hip system for DePuy and a revision system for Smith & Nephew -- both multinational corporations. Additionally, together with five other surgeons, he developed primary hip and knee implant systems for Zimmer that have been implanted in over a million patients. Dr. Lavernia was also on the development team for the software used by the Mako® Robot in robotic hip and knee surgery. This innovative haptic system uses a computer-guided surgeon controlled mechanical robotic arm to perform total hip and total knee replacements. Dr. Lavernia’s expertise in surgery and engineering allowed him to effectively communicate with the Mako engineers and work in both the hip and knee design groups. Currently, there are over 750 Mako robots all over the world and the system has been used to perform over 3,000 procedures.

In his spare time, Dr. Lavernia has embarked in over 20 medical missions with Operation Walk, a private, non-profit, volunteer medical service organization, which provides free surgical treatment for patients in developing countries and the United States who have no access to life-improving care for arthritis. He has operated in over 20 countries. Additionally, he combines these mission trips with teaching seminars, exponentially spreading knowledge throughout the continent and "teaching them how to fish."

On a personal level, he is married to Caridad. They have been together for 19 years and they have two children. He attends most of their school functions and does not miss any of their soccer games.

From diagnosis through treatment, Dr. Lavernia is at the forefront of employing advanced techniques to help his patients restore range of motion and mobility in their hips, knees, and other joints. 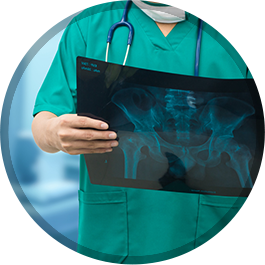 Conveniently located in Miami, Florida, orthopedic surgeon Dr. Carlos J. Lavernia is dedicated to providing a standard of excellence in the delivery of musculoskeletal care through state-of-the-art clinical care, research, and patient education.